The Charnel Throne kit is absolutely fantastic. It's the AoS Flesh-eater Courts faction specific plastic scenery piece, meant to be the morbid magical throne of an Abhorrant Archregent or Ghoul King. The design elements it sports make it visually compatible both with my cemetery and my ruins terrain. Had it in queue for a while, and now I finally gave it a lick of paint. Can't wait to use it in games!

Without a doubt the designer was inspired by a real bone installation in the Sedlec Ossuary in Kutna Hora, Czech Republic. This place has an impressive amount of human bone art decking its interior, including a massive chandelier. I'd love to go see it some day.

Games Workshop also made a Sedlec-inspired bone chalice (released the same time IIRC) as the Chalice of Ushoran, part of the Flesh-eater Courts endless spells kit. * If anyone's got one spare to sell or trade I'll gladly take it off their hands. Drop me a DM or email. 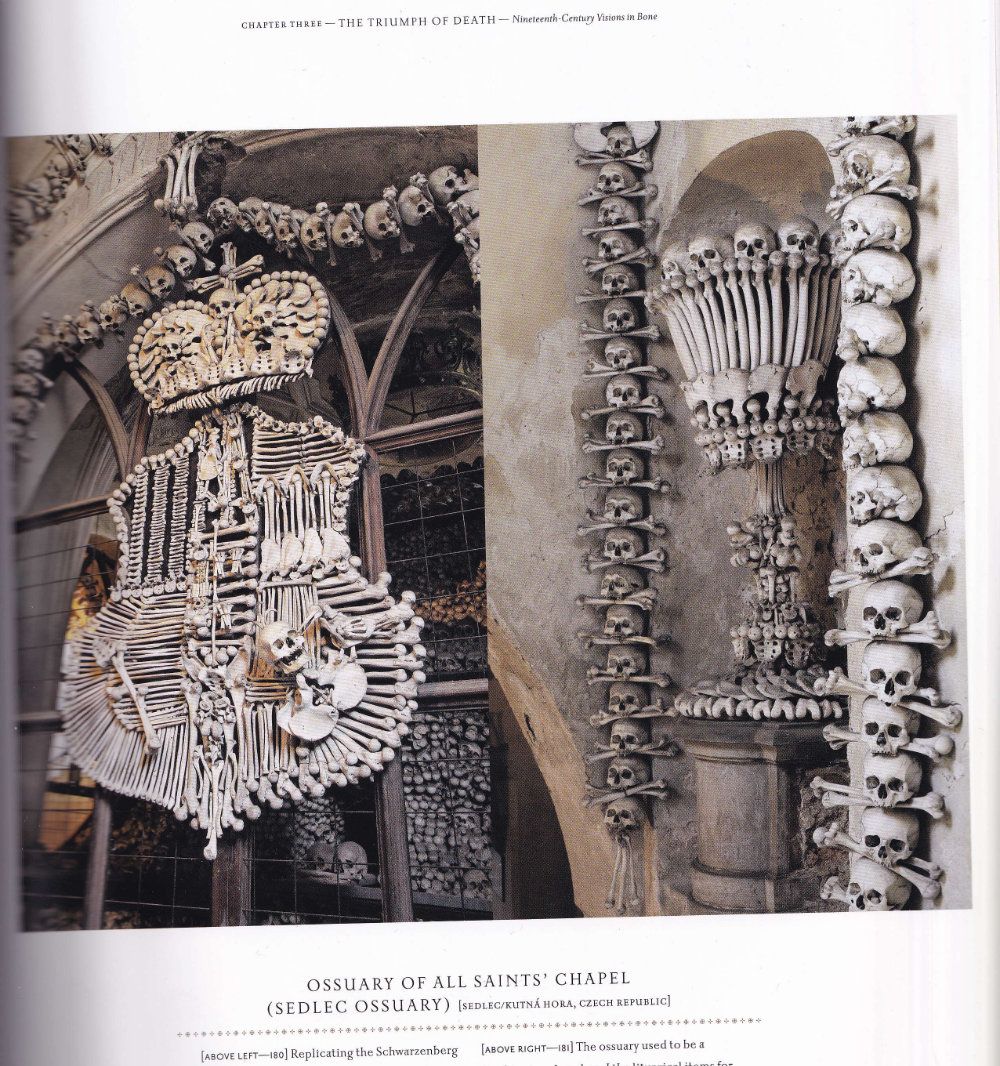 The Schwarzenberg coat of arms and bone chalice in the Sedlec Ossuary. Page from the book The Empire of Death by Paul Koudonaris.

The second piece I have to show is the Bone-tithe Nexus, the Ossiarch Bonereapers specific scenery piece. I'm really not a fan of the central figure, but the bone-covered base itself is really nice. So I used only the base. The two large chests are not glued in place, and can be used separately on their own. I like that the designers allowed that option; the chests are really lovely.

These two pieces work well as points of interest on my existing boards. However, they are also the beginning of the collection of scenery that will enable me to play battles inside a humongous charnel house: the Grand Ossuary of Sunhold. Some day.

Besides these two personal terrain pieces, this week I finished a set of Warcry scenery for a client. This was the fourth or fifth time I've modelled and painted this kit, and I still love it so much. I was hoping the new Warcry starter would expand on the selection of ruins, but according to the recent reveal they're going a different way. There will still be a few smaller scatter pieces in there for my table, but this time I'll definitely pass on getting the whole kit multiple times.

There have been requests to do a step-by-step on how I paint my ruins, and I think I'll do just that for this month's tutorial. 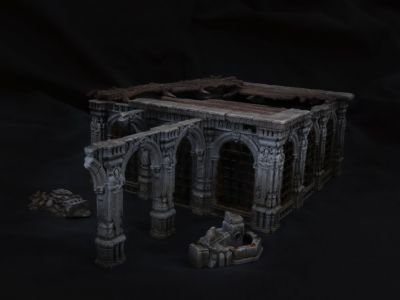 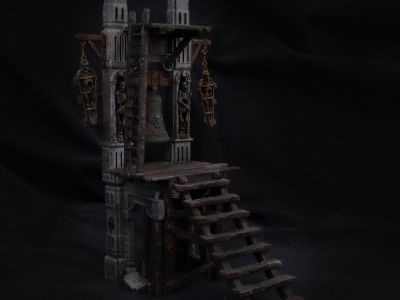 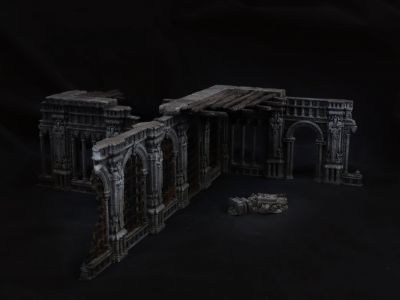 I’m really excited about the prospect of a tutorial. Your approach feels so atmospheric and lived-in, but also give the miniatures room to stand out. It’s such a perfect balance. Thank you so much for taking the time and effort to share.

Love the new site too!

That’s how the throne should look like! (Thanks for photos from Czech Republic. Most curious thing and striking resemblance to the model) Outstanding, atmospheric work.  Looking forward for the tutorial.